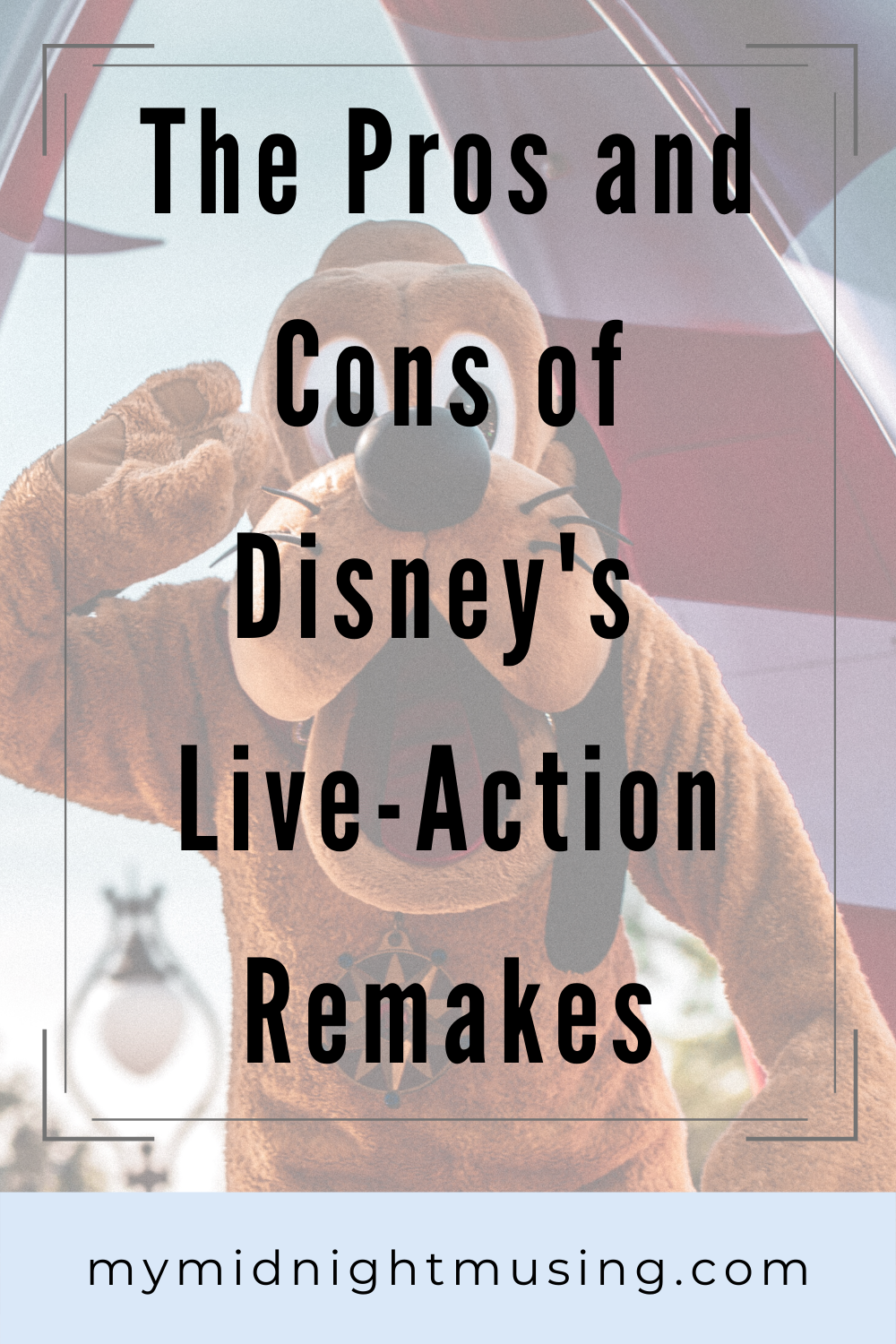 Disney’s animated classics have been childhood staples for generations. The films often introduce kids to the realities of life under the guise of adorable animated  sidekicks, catchy songs, and vibrant worlds. They’re timeless classics that can be enjoyed by the whole family. So, how do you further capitalise on the success of these classics? Give them the live-action treatment. Now, the live-action remake is not a new concept, but never has the idea been so commercialised that it’s basically kick-started its own franchise. To start, this concept seemed like an exciting take on beloved classics. However, over time this concept has become more divisive. Here’s we take a look at the pros and cons of Disney’s Live-Action remakes.

Disney’s animated classics are a multi-generational childhood staple. They’re the kind of films that can be appreciated by all members of the family. These live-action remakes have widespread appeal and the cinematic spectacle further broaden that appeal. Whether its childhood nostalgia or a new family’s first experience with these tales, the live-action remakes have qualities that can be enjoyed by everyone.

It’s up for debate whether the likes of the Lion King and Jungle Book actually count as live-action remakes when the films are so heavily reliant on CGI. The final result of these photorealistic computer-generated animations are incredibly divisive, but even if you’re not a fan of this technique, you can appreciate the level of detail and skill that goes into creating such life-like creatures. Matching the spectacle of the animated originals is no easy feat, but, as seen with Beauty and the Beast, they can more than match the element in the remakes. Beauty and the Beast did a phenomenal job at bringing these inanimate objects to life while simultaneously ensuring they blend into the live-action backdrop. It doesn’t always work, but the technical skill on display is impressive.

Best Live-Action Adaptations: Beauty and the Beast | The Jungle Book

1. Too reliant on Nostalgia

The things about live-action films are how the studio believes they can get away with doing a scene for scene remake and let it be enough to please those that grew up watching the originals. This reliant on nostalgia is quite frankly a lazy marketing technique and in the long run, will not be enough to keep viewers invested in the countless live-action adaptations that are in the making. If you’re going to use nostalgia as a marketing tool, you need to have something else to make it worthwhile. A carbon live-action copy of the original animated film basically exposes all the weaknesses of these adaptations, allowing viewers to dissect the limitations of these adaptations when comparing it to the original source. It can come across as soulless, clunky, and unoriginal, severing that emotional attachment that’s so often associated with our childhood memories of experiencing these movies for the first time. Nostalgia may have worked for the first live-action adaptations but has no long-term credibility.

2. A lesser version of the classics

This was touched on in the previous point, but if you’re going to make a live-action adaptation of classic Disney animated features, like Lion King, the biggest ask from viewers is that they capture the spirit of the film. A step-by-step copy of the animated classic does not capture that spirit. Live-action adaptations come with their own limitations, and sometimes scenes that are vibrant and engaging in the animation doesn’t translate as well in live-action. Take the 2019 Lion King adaptation. The original is quite possibly the most beloved animated films of all-time, with its stunning soundtrack, the breathtaking animation, and overall spirit of the film being one of the most immersive (and traumatic) experiences of our childhood. The “live-action” remake does not hold a candle to the original. You can appreciate the technical artistry that went into creating the film, but the end result was clunky at best. Compare that to the Beauty and the Beast remake, where additional scenes and character deviations were used to enhance the quality of the tale, creating an immersive experience that provides an additional layer to the narrative while honouring the spirit of the original.

The noughties brought about this resurgence of live-action remakes, but they’re not a new concept. Who could forget the 1996 live-action remake of 101 Dalmatians? However, what started as a novelty, has quickly turned into a money-making machine. The commercial success of Cinderella, Beauty and the Beast, and Jungle Book, proved that whether its curiosity, nostalgia or a first-time family experience, these films will draw people out. Who wouldn’t want to capitalise on its success? From a business standpoint, it’s logical to turn these live-action remakes into its own franchise. However, this latest uptake in remakes are quickly becoming saturated and if the films remain to be a cut and paste job of the original, the harder it will be to convince viewers that they’re worth the investment. Is there a place for live-action remakes? Definitely, but some animated classics are better left untouched.

What do you think of Disney’s Live-Action Franchise?
Which Disney Classis would you like to see get the live-action treatment?

6 thoughts on “Discussion: The Pros and Cons of Disney’s Live-Action Remakes”