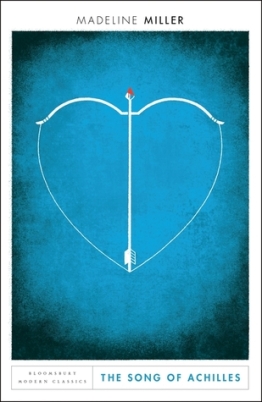 Most of us at some point in time have heard of Achilles’ heroics during Greek mythology’s Trojan War. If not, then you’ve definitely heard the term, Achilles Heel, a weakness that despite your strengths will be your undoing. Achilles, a mythological hero, was the best of the Greeks, a game-changer in the Trojan war, the one blessed by the gods. His grace in battle was unrivalled, but while his legend is tied to his glory in battle, there is one who saw the man behind the hero, someone who saw beyond the stubbornly prideful man and loved the kindness of his soul. This man, while no saviour in battle, is a hero in his own right. This man is Patroclus. The nature of the relationship between Achilles and Patroclus has been a bone on contention among scholars for aeons. The Song of Achilles delves into the heart of their relationship, giving us a tender relationship grounded in respect and honesty.

While Achilles’s heroics often take centre stage, Patroclus is the man that rises as the hero of this tale. An exiled prince, Patroclus is chosen to be Achilles’s closest companion. In their friendship and eventual romance, readers are privy to an intimate exploration of the man behind the hero. Patroclus is often disregarded as nothing more than a burden, but its Patroclus’s tender soul that proves to be the beating heart of this book. He’s a man that’s not skilled in battle, has no desire to be a hero, but his compassion serves as the perfect counterbalance to Achilles’s infamy. So often Achilles is perceived as an arrogant, entitled demigod, but through Patroclus, we see Achilles in all of his flaws, but we also meet the man behind the demigod. The man that has a song in his heart, a gentle soul, and burdened by the will of gods and men.

“We were like gods at the dawning of the world, & our joy was so bright we could see nothing else but the other.”

Such is the nature of mythology, these mortal acts of heroism are often manipulated by the gods. However, Miller kept the supernatural forces as a lingering background presence heightening the humanity of our characters, revealing the influence of the gods through the actions of mortals. The emphasis on mortality ties into the running themes of fate. So often do our heroes try to cheat fate, but the forces of this world eventually catch up, setting in motion the rise and subsequent fall of this hero.

“What is admired in one generation is abhorred in another. We cannot say who will survive the holocaust of memory… We are men only, a brief flare of the torch.”

The Song of Achilles is one of those books that quietly moves you. The natural flow of the prose allows readers to instantly connect with the characters, and could easily be seen as a tale of two halves. The first is dedicated to the natural development of their relationship and the forces that directly and indirectly steer them towards their fate. The second, throws you into the heart of the 10-year Trojan War, spotlighting the price of pride, greed, and glory. While the rest of the army fixate on the fight for Helen, Patroclus and Achilles look to test fate. In amongst the bloodshed, their love, while tested, deepens, the strength found in each other carrying them through the horrors of war.

This tale is a tragedy defined by love. It’s raw and authentic, perfectly capturing the realities of love. It’s the kind of love that binds them in war, in death and to each other, reminding us of the strength of love. This retelling is loyal to the original source but adds a breathtaking layer of depth to the love story that’s so often overshadowed by the pettiness of war. It’s not a love that’s romanticised, but a love that balances the stark contrast between Patroclus and Achillies, a love that accepts one another for their beauty and their flaws. Brace yourselves because The Song of Achilles will pierce your soul, leaving you vulnerable to the raw emotion that defines this tale.

“I am made of memories.”

What did you think of the Song of Achilles?
What’s your favourite retelling?

Find: Goodreads| Amazon
Summary
Greece in the age of heroes. Patroclus, an awkward young prince, has been exiled to the court of King Peleus and his perfect son Achilles. By all rights their paths should never cross, but Achilles takes the shamed prince as his friend, and as they grow into young men skilled in the arts of war and medicine their bond blossoms into something deeper – despite the displeasure of Achilles’ mother Thetis, a cruel sea goddess. But then word comes that Helen of Sparta has been kidnapped. Torn between love and fear for his friend, Patroclus journeys with Achilles to Troy, little knowing that the years that follow will test everything they hold dear.

Profoundly moving and breathtakingly original, this rendering of the epic Trojan War is a dazzling feat of the imagination, a devastating love story, and an almighty battle between gods and kings, peace and glory, immortal fame and the human heart.

19 thoughts on “Book Review: The Song of Achilles by Madeline Miller”