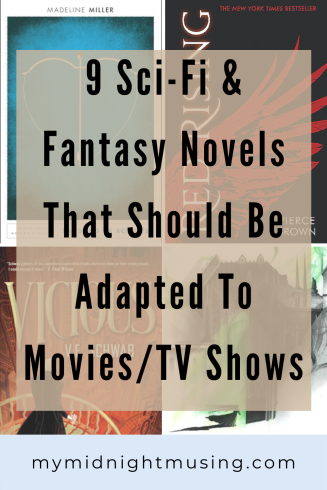 As a genre, fantasy is not the easiest to adapt to a compelling blockbuster, but when done right, fantasy films can take you on epic adventures in worlds of magic and wonder. Fantasy in literature is as popular as ever, with readers privy to complex magical systems, a world of manipulation, and compelling dynamics between our heroes and villains. It might be a challenge to adapt on the big screen, but these novels, if done right could take us on an exhilarating adventure.

Who doesn’t want to watch a cat and mouse chase between two former best friends that act as both the hero and villain of each others story? Everyone loves an anti-hero, and Victor is up there with the best of them. His sole purpose is to seek revenge on his college best friend, Eli, while Eli, on the surface projects himself as the golden hero with nefarious intentions. This book lives in the grey area between good and evil, and the super-human elements woven into the story could easily appeal to audiences on the big screen. 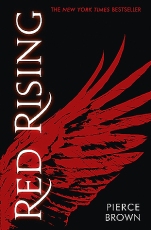 Plans for the Red Rising movie have already been scrapped, and the latest update centres on a plan to adapt the book into a TV show. At the moment, this project seems to be stuck in limbo, but Red Rising, if given the right treatment, could easily be one of the most compelling sci-fi adaptations to grace our screens. The book has plenty of haunting and memorable moments and the contrast of a high-tech society on Mars with its Romanesque caste system can be visually striking. Time will tell if this adaptation will see the light of day, but there is a lot of potential with this series. 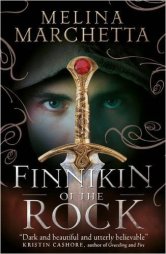 Finnikin of the Rock by Melina Marchetta

There will never be a moment when this book will not feature on any fantasy-related list. It’s the kind of fantasy that highlights the best and worst of humanity. It’s the kind of book that creates a compelling fantasy world without taking away from the intricate character dynamics that are so easily relatable. It’s a fantasy that’s grounded by its humanity with the fate of a scattered community resting on its last threads of hope. For a character-driven fantasy that has an equally compelling plot, Finnikin of the Rock would be a blessing on screen.

The Song of Achilles by Madeline Miller 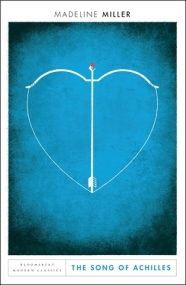 The Song of Achilles gives us one of the greatest love stories within an epic tragedy. Blurring the lines of friends and lovers, the relationship between Achilles and Patroclus has been a bone of contention among Greek mythology enthusiasts for years. The Song of Achilles treats readers to a breathtaking exploration of love between these men at a time of war. The bond between Achilles and Patroclus has to stand against the plight of gods and men alike. The sad reality is that while Achilles is destined for fame and glory, it comes with a deadly price. The fates of Achilles and Patroclus are tied together, there is no one without the other, and an adaptation of this stunning retelling would be incredibly moving. 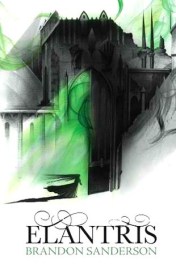 Sanderson’s novels are rich with material that could easily translate on the big screen. While his Mistborn series would be the popular choice for any adaptation, Elantris would make an equally compelling film. The beauty of Elantris is that, for now, it serves as a standalone novel, a rare commodity in fantasy writing. Nevertheless, this book is packed with political, religious, and magical intrigue. It’s about the fallen city of Elantris, once blessed by the magic that has since fallen into ruin. There are three clear protagonists in Raoden, Sarene, and Hrathen, with each of them adding layers of complexities in their words and their actions as we unravel the motives, the mystery, and the magic of this fascinating universe.

To Kill a Kingdom by Alexandra Christo 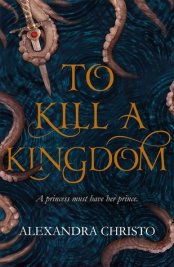 Siren’s are one of the most fascinating creatures in mythology, and this book puts them at the heart of the story, treating readers to a delightfully ruthless tale of murderous intentions, a sharp-witted prince, and a rich landscape that can treat viewers to a thrilling adventure. The banter between our titular characters is highly entertaining, and if you want a darker, grittier alternative to The Little Mermaid, To Kill a Kingdom would be a welcome addition to the cinematic landscape. 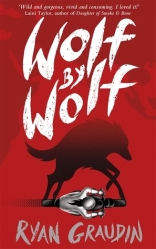 Wolf by Wolf by Ryan Graudin

Visually, the motorcycle race in Wolf by Wolf could treat us to some beautiful cinematography. Set in an alternative timeline where Hitler wins the war, our protagonist, Yael, a survivor of unlawful experiments conducted at Auschwitz, is sent by the resistance to infiltrate the race, win it, and kill Hitler. Identity is a running theme throughout this series, and Yael’s fight for survival demonstrates her resilience and strength in the face of adversity. Our supporting characters are equally as complex, and through them, we explore how the realities and consequences of war influence the choices they make.

The Wrath and the Dawn by Renée Ahdieh

Inspired by the One Thousand and One Nights folk-tales, The Wrath and the Dawn is a complex tale of love and forgiveness with a revenge-fueled protagonist and a king burdened by his murderous actions. It’s a story with layers of tension that can be used to heighten the secrets that hold our characters, prisoners. Romance is at the heart of this tale, one that emphasises the equality between partners, respecting their individuality. An adaptation of this book would transport viewers to a world of intrigue and wonder. 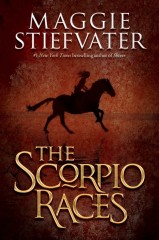 The Scorpio Races by Maggie Stiefvater

The Scorpio Races is a book that instantly transports you to the heart of the story. Stiefvater’s atmospheric writing instantly captivates readers, bringing the island of Thisby to life with its eclectic cast of characters and the relations between them. With the Scorpio Races, which is basically a fantasy horse race, taking centre stage we are privy to the lives, loves, and losses of this community. Bringing this book to life on the big screen could be an atmospherically visual treat.

Which fantasy book would you like to see on the big screen?