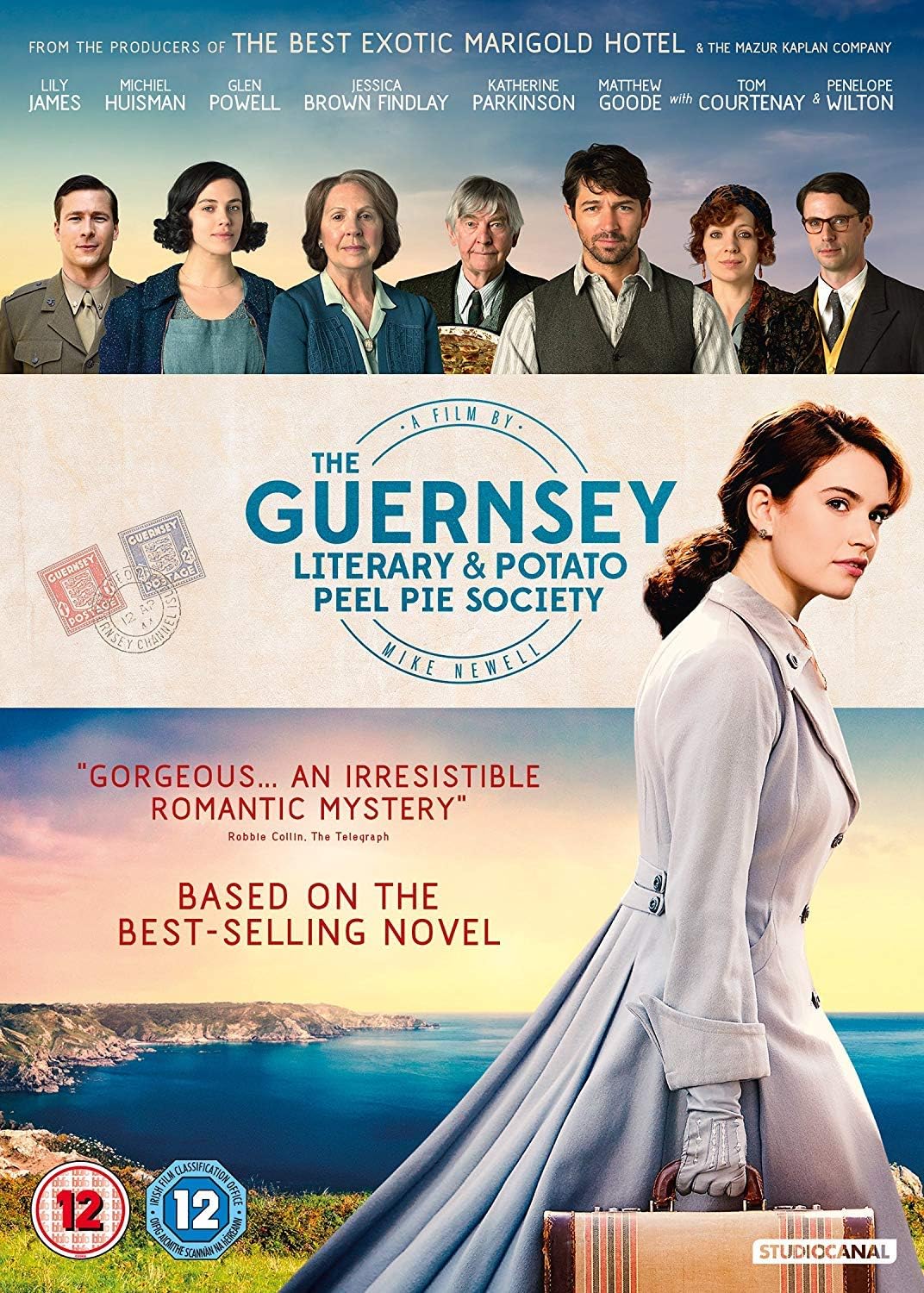 Based on the novel by Mary-Anne Shaffer and Annie Barrows, The Guernsey Literary and Potato Peel Pie Society takes us on a heartening journey of how the comfort of literature united members of a war-torn community.  Upon receiving a letter from Dawsey Adams (Michiel Huisman), detailing the unconventional establishment of the society and its members, writer Juliet Ashton (Lily James) becomes enamoured by their story, understanding the solace literature provided to the citizens of the then German-occupied Guernsey. Upon an invitation to attend one of the society’s meeting, Juliet embarks on a journey that sees herself thrown into the heart of an eccentric community and embroiled in the mystery surrounding the disappearance of one of its members, Elizabeth.

It’s a simple narrative, but it’s the beauty of this simple concept that enhances the charm of this film, introducing the viewers to a cast of charming characters that become dear to your hearts. Throughout the film, viewers are subject to flashbacks detailing the lives and losses the residents suffered during Germany’s occupation of Guernsey during the second world war. It is at these moments, that viewers are privy to the secrets, the struggles, and regrets of events that lead to Elizabeth’s disappearance. The contrast to life in Guernsey to the lavish and stifling lifestyle of London further highlights the lingering consequences of war on this small community. It was a simple, yet effective contrast, that allowed viewers to connect with the value of simple pleasures that provide moments of reprieve from the dark reality they lived in, making you fall in love and appreciate the value of the written word.

The Guernsey Literary and Potato Peel Pie Society is a film that doesn’t need to rely on grand gestures and thrilling action to make a connection, instead choosing to capture the emotion behind simple comforts and nostalgia. Little quirks, like Eben’s Potato Peel Pie and Isola’s home-brewed gin, all contribute to the charm of the film while simultaneously developing the audiences own attachment to these characters. It’s in these little moments that entice viewers to want to learn more about the residents of this island, investing in their joy and their sorrow, and admiring their resolve in the face of adversity.

As one of the most charming films released in recent memory, The Guernsey Literary and Potato Peel Pie Society reminds us of the effectiveness of small acts of courage in creating a narrative that is heartening, charming, and romantic.

What did you think of The Guernsey Literary and Potato Peel Pie Society?
Have you read the book?
Which is better, book/movie?

4 thoughts on “Midnight Movies: The heartening tale of The Guernsey Literary and Potato Peel Pie Society”