Top Ten Tuesday is a weekly meme created by The Broke and Bookish and hosted by That Artsy Reader Girl where we get a new topic for a top 10 list.

This week is all about characters. Now, there are a lot of angles to take with this freebie, but I thought I’d take the time to spotlight some of the characters that had a lasting impact on my reading experience. These guys have a variety of qualities that make them a standout character in the books. 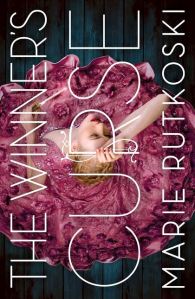 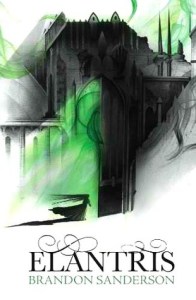 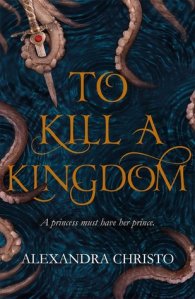 1. Inej Ghafa, Six of Crows: This was definitely the toughest choice on the list because the Six of Crows gang work so well together, and all moments that define them as individuals, but Inej Ghafa takes the crown for this reason. This is a girl that has seen the very worst of people, has experienced a lot of trauma at the hands of others, and yet she still retains a sense of hope. It takes a lot of strength to hold onto that hope and retain the goodness in her after everything she’s endured. She is the moral glue that kept the gang from crumbling.

2. Kell Maresh, Shades of Magic: Another tough choice here, but what gave Kell the edge was his overall arc. Ever loyal to his adopted family, this series forces Kell to make some tough calls and come to harsh realisations on his role within the family. He is essentially a weapon, a willing one when it comes to his brother, Rhy’s safety, but you can also understand his resentment of this role. What was so lovely about Kell’s journey was seeing his continuous devotion to Rhy while retaining a sense of self and putting his own hopes to the forefront.

3. Kestrel, The Winner’s Trilogy: This remarkable woman deserves all the respect in the world for the things she’s had to endure. I keep bringing this up, but Kestrel’s intelligence and mental strength is a thing to be admired. She’s a character that acknowledges her weaknesses, but also doesn’t hide her strengths. She’s also compassionate and is willing to put the safety of those she loves before her own. She makes a lot of sacrifices in this series and is literally stripped of her identity, but she never loses that compassion in her.

4. Yael, Wolf by Wolf: If you want to talk identity, this is the book for you. Yael has seen some heartbreaking horrors and experienced the very worst of humanity, but the beauty of her character arc is in her self-discovery. She’s spent so much time pretending to be someone else that her sense of identity is all but extinct. Seeing her embrace her true self was a thing of beauty and her tribute to those that had a lasting impact on her life is truly touching.

5. Lazlo Strange, Strange the Dreamer: Lazlo is absolutely precious. This dreamer captures the spirit of imagination. There’s always a sense of calm when reading his thoughts. He is genuine in his intentions, and the sense of hope that’s ignited whenever he appears is like a breath of fresh air.

6. Tom Mackee, The Piper’s Son: If you want a character that’s grounded in reality then look no further than Tom Mackee. Melina Marchetta created such a flawed character that you felt like he was standing right next to you. Tom makes a lot of mistakes in this book, he’s angry and resentful, but you also see those sparks of life that like a promise of better things to come. The relationships he has with his friends and family are messy and complicated but are always grounded the love between them.

7. Skylar Evans, I’ll Meet You There: Can this girl be my best friend? I adore Sky. She is such an incredible character and has fought for her happiness and her future. Life hasn’t always been easy for Skylar and her budding friendship/relationship with Josh doesn’t make it easier. Skylar is another character that felt so real in all her complexities and seeing the messy world through her artistic eyes was a brilliant demonstration of the beauty in this ugly world.

8. Hrathen, Elantris: Hrathen is an interesting character. More often than not he angered me, but what I loved about his character was the way we got to explore the influence of religion within fantasy. His character was so complex as his morals clashed with his religious and political duty. He is calculating and frustrating, but his influence on the events of the book is undeniable.

9. Garrett Graham, The Deal: Not gonna lie, I’m using this moment to group together all of the Off-Campus guys and the girls. What I love about them is the friendship between them. There’s plenty of hilarious banter, but they will always have each other’s backs when they need them the most. I have a terrible soft spot for Garrett and Hannah. Those two are one heck of a team and the natural development of their relationship was sweet.

10. Lira, To Kill a Kingdom: Lira is unapologetically ruthless in her actions. Known as the Prince’s Bane, Lira is a deadly Siren that strikes fear into the hearts of the noblest heroes. What I love about Lira is the way she turned her punishment into her greatest strength. Her time as a human gave us the opportunity to see her at her most vulnerable and take control of her life.

Which characters made a memorable impact on you?