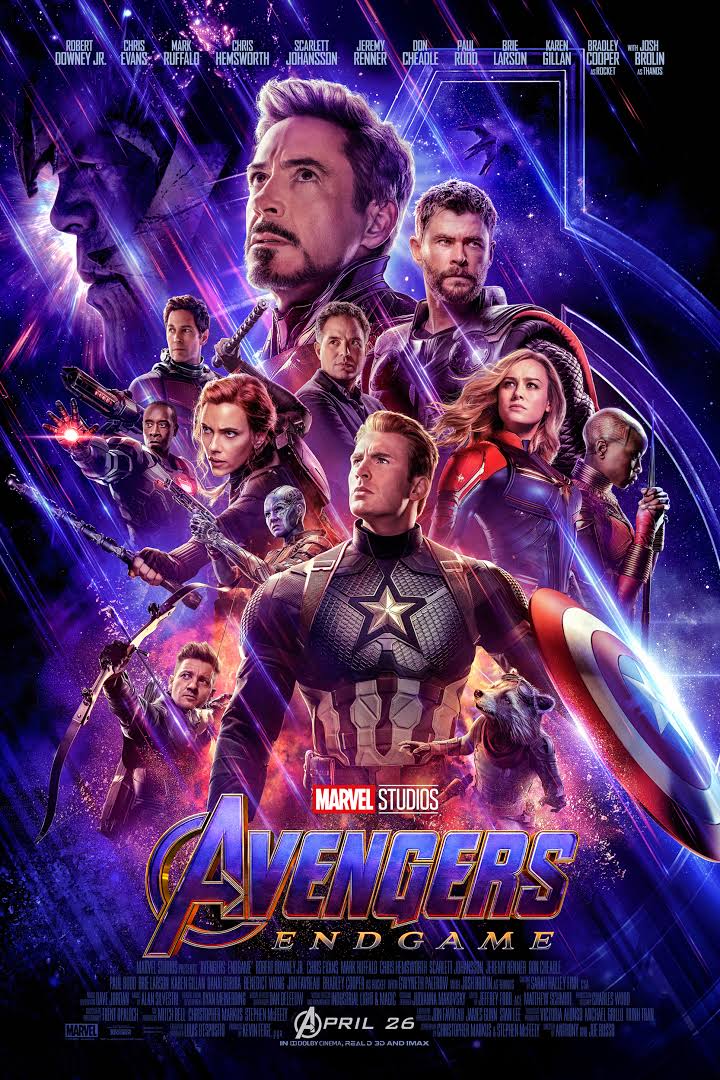 The culmination of 10 years and 22 films, Endgame was like a love letter to its fans whilst serving as a swan song for our original Avengers. The past 10 years have seen our heroes face monumental threats. They’ve faced alien armies, corrupt organizations, and even each other, but in the end, they’ve always overcome the odds which made Thanos’s Snap a monumental blow to our heroes and the universe. The moral is at an all-time low, with the gravity of this loss and the guilt that follows manifests in a variety of ways in our heroes. It isn’t until Scott Lang turns up at the Avengers HQ with an opportunity to undo the massacre that ignites that fire in our heroes again.

While Infinity Wars had the challenge of featuring most of our superheroes, Endgame put the focus back on those who started it all, giving the film a more intimate feel putting the spotlight is back on the original six Avengers as they gather together for one last stand with consequences that are both shocking and emotional. Bringing the focus back on the original six was the perfect way to bring the Infinity Saga to its close and with that gives those characters a moment to face the lingering tension that led to the disbanding of the Avengers.

It goes without saying that each Avenger had their defining heroic moment, but it also placed an emphasis on the many ways grief can take shape following the devastating conclusion to Infinity War. It was interesting to see how these heroes reacted to such a loss. With both physical and mental manifestations of grief, the range of emotions displayed by our heroes further grounded them in their humanity and mortality, with compelling performances from the entire cast. Mark Ruffalo turned the Hulk into a compelling and crucial character, Chris Hemsworth’s Thor showcased the God of thunder’s emotional complexity hidden under the guise of his comedic filler, while Scarlett Johansson’s Black Widow acted as the glue that kept this team from crumbling, and Chris Evan’s Steve Rogers was always that moral compass that fuels a sense of hope. Perhaps, the biggest surprise came from Jeremy Renner’s Hawkeye. In previous films, Hawkeye had been given the backseat driver treatment, but Endgame proved gave Hawkeye some beautiful moments, highlighting everything fans had always known about how important this character is to the franchise. Jeremy Renner’s performance was breathtaking and added that layer of depth to Hawkeye that made him a formidable hero.

Of course, none of this would be possible without the man that kick-started this journey. Who would have thought that the 2008 Iron Man film would set a chain of reactions propelling the MCU into the powerhouse it is today. Much of that credit goes to Robert Downey Jr. who’s charismatic portrayal of egotistical billionaire Tony Stark captured the hearts of its audience the minute he walked onto the screen and over the years has given us a nuanced performance highlighting Stark’s complexities and his growth. Endgame is the definitive swansong for many of these actors, but it’s RDJ’s performance that carries the emotional core of this film, cultivating in a moment that is both iconic and heartbreaking.

That’s not to say that the film is perfect. When you’re exploring a complex “time heist” like plot, there will be some glaring plot holes and consequences that muddle up the timeline, making the upcoming films and TV shows a head-scratcher if not resolved. Some choices in the film will undoubtedly divide fans. This review could easily focus on those plot anomalies and frustrating narrative choices, but the heart of the film lies in its emotion as everyone involved in the making of, not just this film, but in the ten years of dedication that it took to developing this cinematic universe, poured their heart and soul into Endgame. It’s the reason fans are so passionate and invested in the franchise because, despite all of Marvel’s misgivings, you can’t deny the time and dedication that went into developing this film.

Avengers: Endgame was undoubtedly the most anticipated cinematic experience of the year, and between the show-stopping action sequences, hilarious quips, and an intimacy that highlights those deeper character-driven moments, Endgame is a triumph as Marvel’s love letter to the fan. The only thing left to say is, I love you 3000.

Apologies for the incredibly vague review, but even with the spoiler-ban lifted I didn’t want to risk spoiling the film for someone.

What did you think of Avengers: Endgame?
Did it live up to your expectations?
What was your favourite moment? Stand-out character?
Comment and let’s discuss!