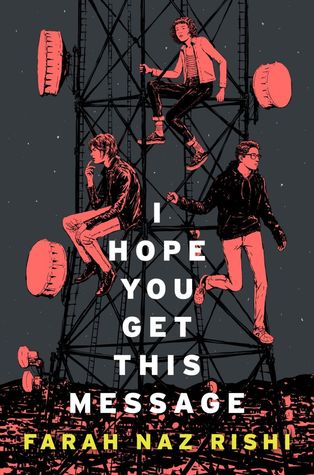 When news stations start reporting that Earth has been contacted by a planet named Alma, the world is abuzz with rumors that the alien entity is giving mankind only a few days to live before they hit the kill switch on civilization.

For high school truant Jesse Hewitt, though, nothing has ever felt permanent. Not the guys he hooks up with. Not the jobs his underpaid mom works so hard to hold down. Life has dealt him one bad blow after another — so what does it matter if it all ends now? Cate Collins, on the other hand, is desperate to use this time to find the father she’s never met, the man she grew up hearing wild stories about, most of which she didn’t believe. And then there’s Adeem Khan. While coding and computer programming have always come easily to him, forgiveness doesn’t. He can’t seem to forgive his sister for leaving, even though it’s his last chance.

With only seven days to face their truths and right their wrongs, Jesse, Cate, and Adeem’s paths collide even as their worlds are pulled apart.

This book basically hits us with the question of what you would do if were your final days on earth? It’s a really interesting question and in my head the Nickleback song ‘If Today Was Your Last Day’ keeps playing in every time I read this synopsis, but it is something to think about. If you knew your days were limited, what would do with the time you had left? Would you right the wrongs of your past, or maybe reminisce about the good ol’ days, or just embrace life to the fullest. This book has a lot of fascinating angles it could follow and I’m interested to see where it goes.

9 thoughts on “Waiting on Wednesday: I Hope You Get This Message”