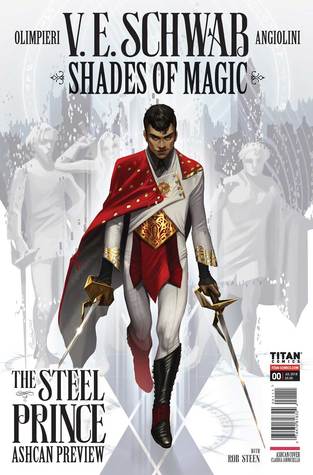 I don’t read a lot of Graphic Novels, but I will jump at any chance to go back to the Shades of Magic universe.  As a character in the Shades of Magic series, Maxim both infuriated me and confused me, but ultimately I came to an understanding of him as a King. Getting an insight into his mind in A Conjuring of Light helped shed a light on some of his actions in the series. I am fascinated by this character, and I love the fact that we’re getting to visit his past in this format and I can’t wait to see how this Prince turned into the King we met in A Darker Shade of Magic.

10 thoughts on “Waiting on Wednesday: Shades of Magic: The Steel Prince”