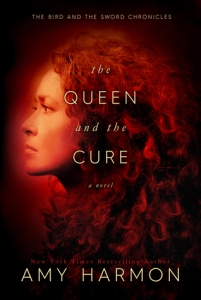 Goodreads Summary
“There will be a battle, and you will need to protect your heart.”

Kjell of Jeru had always known who he was. He’d never envied his brother or wanted to be king. He was the bastard son of the late King Zoltev and a servant girl, and the ignominy of his birth had never bothered him.

But there is more to a man than his parentage. More to a man than his blade, his size, or his skills, and all that Kjell once knew has shifted and changed. He is no longer simply Kjell of Jeru, a warrior defending the crown. Now he is a healer, one of the Gifted, and a man completely at odds with his power.

Called upon to rid the country of the last vestiges of the Volgar, Kjell stumbles upon a woman who has troubling glimpses of the future and no memory of the past. Armed with his unwanted gift and haunted by regret, Kjell becomes a reluctant savior, beset by old enemies and new expectations. With the woman by his side, Kjell embarks upon a journey where the greatest test may be finding the man she believes him to be.

Confession, I’ve yet to read an Amy Harmon book. I’ve heard such wonderful things about her work and a lot of her books have definitely caught my eye. I’m hoping to read the first book in this series, The Bird and the Sword, very soon. This series sounds so magical and captivating. On top of that the characters seem really fascinating with Kjell being a man at odds with his powers and his position as the illegitimate son. I can’t wait to see what this book has in store for us.

10 thoughts on “Waiting on Wednesday: The Queen and the Cure”