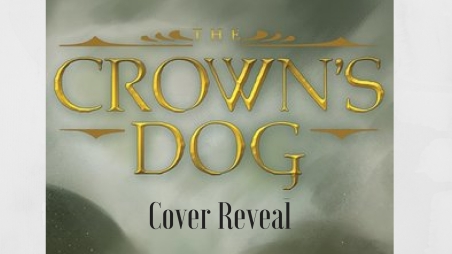 I am very excited to be taking part in the cover reveal for The Crown’s Dog. This is the first installment to the Golden Guard series and serves as a prequel to Elise Kova’s bestselling series, Air Awakens. Fortunately we don’t have to wait much longer for this book and you don’t have to have read the Air Awaken series before reading The Crown’s Dog. However, if you fancy an introduction to this world then it wouldn’t hurt to pick up Air Awakens. (Amazon)

Without further ado, here is the epic cover and synopsis for The Crown’s Dog. 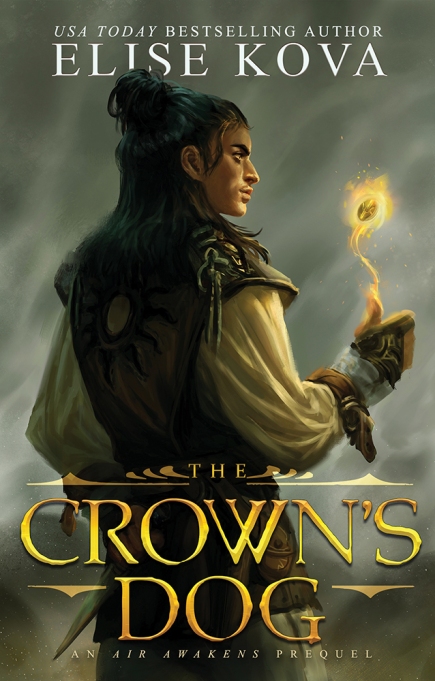 A coastal summer is turned upside down by a violent murder, and a quest for lost pirate treasure turns into a hunt for the killer.

Jax Wendyll is the crown’s dog. As punishment for the unspeakable crimes that tourment him to this day, his life has been conscripted to the Empire Solaris. However, in an Empire afflicted by peace, his duties are relegated to unquestioningly aiding the antics of the youngest prince, Baldair.

Erion Le’Dan, a nobleman’s son, expects a quiet summer visit to the Imperial Palace, his only agenda to visit with his unlikely friends. But Jax’s discovery the legendary pirate Adela Lagmir’s old workroom inspires a hunt for her long lost treasure.

The pursuit of Adela’s truth takes the three men to the Imperial summer manor, built along the old pirate mainstays. When Adela’s trident is branded into a murdered servant, Prince Baldair’s summer amusement of treasure-hunting becomes a hunt to find the killer. But, as mysteries compound, the ghosts of Jax’s past may not be the only things haunting them. 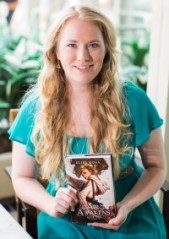 Elise Kova has always had a profound love of fantastical worlds. Somehow, she managed to focus on the real world long enough to graduate with a Master’s in Business Administration before crawling back under her favorite writing blanket to conceptualize her next magic system. She currently lives in St. Petersburg, Florida, and when she is not writing can be found playing video games, watching anime, or talking with readers on social media. She is the USA Today bestselling author of the Air Awakens Series as well as the upcoming Loom Saga (Keymaster, 2017).

I am very excited to read this book, especially since I’ll be reacquainted with Baldair. Hopefully I’ll have finished the Air Awaken series by that time.
The cover, as always is absolutely stunning.
So, what do you think?